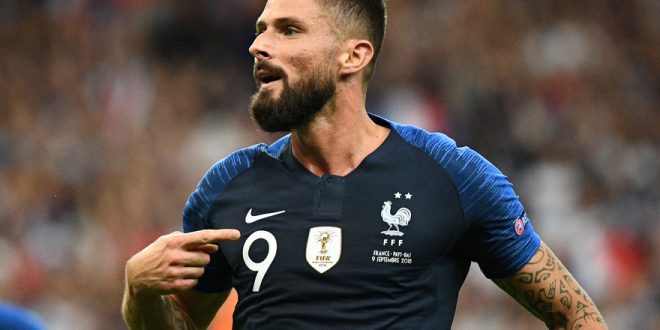 Both of these sides will be looking to keep their fine run of form going as they challenge for the top spot in this qualifying group.

Turkey have made a fine start to this year with four wins on the trot and their fans can dream about winning their fifth game on home soil here, however, the World champions might be too much for them.

Their last two games have been friendlies and those wins should have placed them in the right frame of mind ahead of this game even though the quality of this opposition is better.

Iceland and Albania are also jostling for the second position behind France in this group so the Turks will be desperate to get something from this game.

France should feel lucky to have been drawn with the nations in this group, even though they traditionally struggle in qualifiers, everyone expects them to qualify at least second in this group.

Les Bleus have started their campaign well and they will be looking to win here and this will be the toughest away game they will play in this series.

Turkey have kept a clean sheet in 4 of their last 5 games, so their defence should make things a little interesting here.

Bookmakers have priced the World Champions up as strong odds-on favourites to come out on top in this game while Turkey will start the game as underdogs.

Goal markets point to a low-scoring game as under 2.5 goals is currently trading odds-on so expect a tight affair based on the current odds.
This game gets underway at 19:45 BST.
2019-06-07
Gamingtips Staff
Previous Americas Cardroom’s $5 Million Venom highlights High Roller lineup
Next Brazil vs Honduras Preview