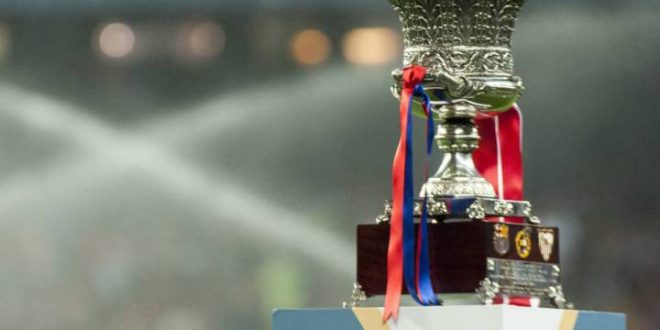 Barcelona and Atletico Madrid will contest the second semifinal in the Spanish Super Cup and the Madrid side will be looking to avenge the 1-0 loss they suffered to the Catalans in their last meeting.

Barcelona suffered a major setback in their bid to retain the league title as Espanyol who are bottom of the league table held them to a 2-2 draw over the weekend.

This should be a tough game, but it offers the Blaugranas the chance to boost their confidence by earning a win over one of the toughest teams in Spain.

Atletico Madrid started their season badly but they picked up form at the back end of the first half of the season.

The Madrid side has continued where they left off last year as they resumed league duties with a 2-1 win over Levante.

Barcelona have won seven of their last ten games in all competitions and they haven’t lost a single game in that time, but they come with just one win in their last three games.

Atletico Madrid have won their last four games in all competitions and they are unbeaten in their last five games.

Barcelona has a good record in this fixture as they have lost just one of their last ten games against Atleti and that loss came in the Champions League.