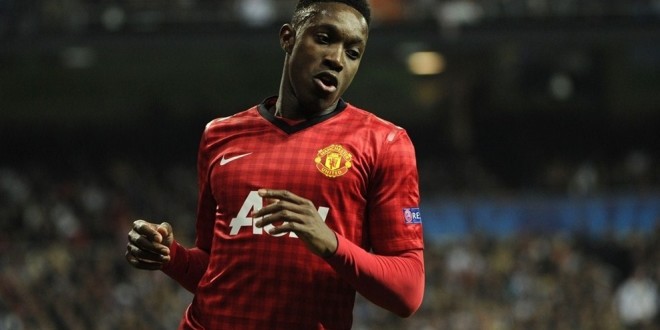 Though it may sound like one of the most improbable transfer tales of the summer, reports from both Spain’s El Mundo Deportivo and England’s Daily Star have indicated that Danny Welbeck could be on the verge of signing for 2013–2014 European Champions Real Madrid.

With striker Alvaro Morata and winger Angel Di Maria rumoured to be on their way out of the Bernabeu, the Spanish giants are said to be wary of being undermanned in attack. They will therefore be keen to get replacements for the two.

Carlo Ancelotti is said to have been attracted by Danny Welbeck’s versatility in playing up top or out wide and is considering bringing him in from Old Trafford.

Last season, reports that were neither confirmed nor denied at Old Trafford said that Welbeck had indicated a willingness to leave his boyhood side Manchester United at a time when he was said to be in a sour relationship with manager David Moyes. He was rumoured to have handed in a transfer request – which was turned down by the club – after Moyes failed to feature him in consecutive matches severally.

Though the England international featured 30 times for the Red Devils in the English Premier League and the Champions League combined – with 11 of the appearances being from the substitutes’ bench – he is not happy that majority of the times Moyes found him useful were due to Rooney or Van Persie being injured.

With Louis Van Gaal taking over as manager after finishing his duty with the Netherlands at the 2014 World Cup in Brazil, the 23-year old had stated his willingness to stay and fight for a regular starting eleven position under the stewardship of the Dutchman.

And with the Red Devils also being said to be wary of a weakened team – especially with reports of Javier Hernandez wanting out of Old Trafford – it remains to be seen if they will come to an agreement with the Spanish giants over the youngstar.

.
2014-07-13
Boris Knipenberg
Previous Lionel Messi ready to Give Up all Personal Records for World Cup Glory
Next Angel Di Maria to snub Manchester United in favour of Champions League football