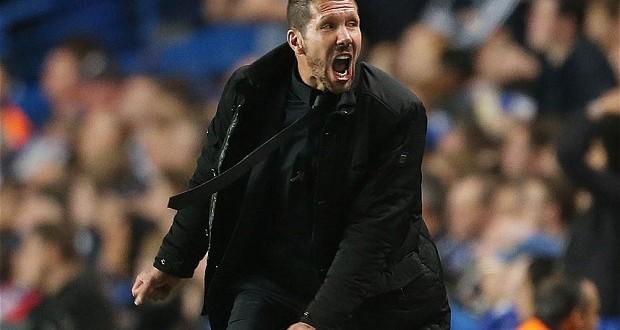 Atletico Madrid: Beginning of a dynasty or a one off season

Under the guidance of manager Diego Simeone, Atlético Madrid have not only threatened to intervene in the La Liga duopoly but have arguably broken the grip that Real Madrid and Barcelona have on the league. Over the past three seasons Atlético have finished in fifth, third and first place. This shows a gradual progression and building of the team.

This is great for Atlético fans and boosts the excitement and unpredictability of the league; but can the team sustain their challenge in the years to come? Can Diego Simeone or any manager who comes after him lead an Atlético challenge for the La Liga crown or go deep into the Champions League year after year? The answers to these questions are debatable.

A quick glance at the financial situation of the top three La Liga clubs is revealing. According to Transfer Market, Barcelona has a squad that has been assembled at a cost of £520 million, Real Madrid cost £505 million and Atlético cost £250 million (all figures are unadjusted for loans). This is a huge resource gap. Sure, Atlético more or less nullified this gap last season by matching their city rivals and the Catalan giants stride for stride, but can they do it next season?

Atlético have lost arguably their best players over the past two seasons. Radamel Falcao transferred to Monaco at the end of the 2012 to 2013 season and Diego Costa has gone to Chelsea at the end of the just concluded season.

Replacing players of such quality is not easy and takes time. The team’s magical run to the Champions League final has other clubs eyeing their best players, tempting them to make the switch or recalling players that were loaned to Atlético. How many players can they adequately replace if their better players decide to leave?

Atlético Madrid are in a position similar to that of Borussia Dortmund in the Bundesliga. They play in a league that has been dominated by one or two teams and are attempting to do the seemingly impossible task of competing on an ongoing basis. It can be argued that Bayern Munich has intentionally weakened their economically smaller rival’s team by luring away their best players e.g.  look at Mario Götze and Robert Lewandowski for case studies. This ultimately made it difficult for Dortmund to compete at the same level they did before. Will the same thing happen to Athletico Madrid? Only time will tell, the upcoming 2014 to 2015 season will answer many of these questions.

.
2014-07-13
Alexis Davis
Previous Toni Kroos could be Germany’s 2014 World Cup Star Player even after Van Gaal snubbed him
Next Germany vs Argentina: Three things we learned

Manchester United will look to get back to winning ways this Wednesday when they welcome ...