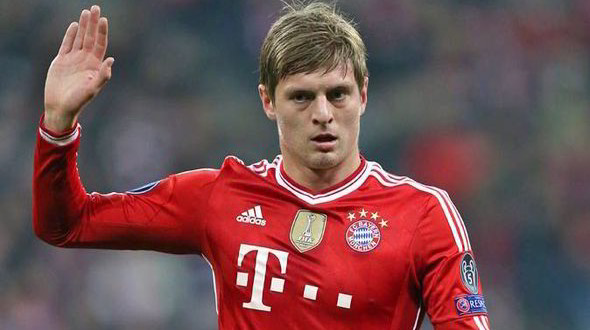 Though new Manchester United manager Louis van Gaal has had a good World Cup with the Netherlands squad, there is yet one player who might embarrass him at the Maracana Final on Sunday even though the Dutch left the tournament on Saturday after clinching the bronze medal: Toni Kroos.

If there is a player who contributed most the nexus for Germany’s slick passing and perfect finishing that demolished Brazil’s defense on Tuesday it was Kroos.

Germany’s Sud-Deutsche Zeitung newspaper has described his sterling performance as that similar to Xavi and Andres Iniesta rolled into one.

David Moyes had indicated his willingness to bring the German to Old Trafford, but Louis Van Gaal has shown a cold shoulder to Kroos, and he is therefore set to join Real Madrid this summer instead.

Van Gaal has from the onset indicated his only interests in his former side Bayern Munich’s squad as Bastian Schweinsteiger and Thomas Muller.

Kroos went out to the World Cup to prove a point to all pundits of his abilities, including Van Gaal, and so far has been able to impress in the German squad, especially in the 7-1 thrashing of hosts Brazil in the first semi-final on Tuesday.

If his brilliant show against both France and Brazil so far is anything to go by, then it puzzles why Van Gaal has not pursued Moyes’ deal with the German midfielder.

Maybe Kroos’ former boss at Bayern Munich mostly has memories of the old Kroos who got blamed for allowing Andrea Pirlo to rule the midfield in Germany’s Euro 2012 semi-final loss to Italy and missing a late opportunity against Spain in the World Cup semi-final in 2010.

But the new Kroos has none of those flaws having been variously termed the best on the planet in his position right now.

So with one more game to play – the 2014 World Cup Final against Messi’s Argentina at the Maracana on Sunday – Kroos has a golden chance to prove to all and sundry (including Van Gaal) that he is world-class after all!

.
2014-07-13
Gamingtips Staff
Previous Angel Di Maria to snub Manchester United in favour of Champions League football
Next Atletico Madrid: Beginning of a dynasty or a one off season