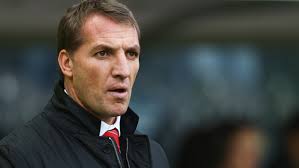 Liverpool have just parted ways with Luis Suarez for a reported £75 million. At the end of the 2012-2013 season, Tottenham parted ways with Gareth Bale for about £80 million. Spurs then went on a spending spree bringing in no fewer than six players to fill the void left by Bale. These players were not well integrated or well suited to the side and the team struggled during the 2013-2014 season. Will Liverpool go the way of Tottenham or will they continue on their upward trajectory?

Looking back at the Tottenham side that included Bale, it is clear that he single-handedly dragged the side to a fifth place finish. The team was over-reliant on him and as a result struggled without his influence last season, this ultimately resulted in André Villas-Boas being sacked. Liverpool on the other hand finished second last season and were less reliant on a single player. Sure, Suarez was their talisman and scored or contributed to over forty goals but he was not alone.

So far, Brendan Rodgers seems quite keen on strengthening his squad rather than trying to replace Suarez outright. Unlike Villas-Boas last season, Rodgers has greater control over which players come into the squad. No meddling chairman or unwanted technical director to contend with. This will allow him to bring players in that are best suited to the team and not necessarily those with the biggest name or the heftiest price tag.

It is yet to be seen how Liverpool will perform in the 2014-2015 season with the additional challenge of Champions League football. It is clear that Rogers has been adding depth to his squad to enable a full on assault on all competitions. So far Emre Can, Adam Lallana and Rickie Lambert have been brought in and several other players are reported on their way. Strength in depth is clearly where Rogers is going for next season, each player helping the team to succeed. Given the situation, it is highly unlikely that Liverpool will suffer without Suarez the way Tottenham suffered without Bale.