Teams usually don’t enjoy their matches being shifted to Friday evening, but Alaves fans will care less as a win in this game would send them to the top of the La Liga table.

A win for Vigo would see them move ahead of their visitors by one point in the league table, so a lot is at stake here.

Celta Vigo started their season very well under their new manager, and when they defeated Atletico Madrid, it seemed as though they would be having one of their best campaigns ever.

However, since that win, they have failed to win any of their last 5 games and they will be desperate to end that run in this game.

Alaves received a major confidence booster when they defeated Real Madrid 1-0 just before the international break and they will look to keep that momentum going here.

That win was their 4th in their last 6 games and while they don’t seem to have enough quality to sustain a push for the top 6, on their current form they can win against any opponent.

Celta Vigo have scored in all of their games this season, but they have kept just one clean sheet all season with all but one of their games ending in both teams scoring.

There have been homes wins in the last 4 times that these teams have met.

Bookmakers have priced Celta Vigo up as slight odds-on favourites to come out on top while goal markets suggest there could be goals.

Other fixtures taking place this week in the Spanish Primera: 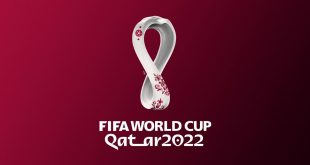 Germany will look to avenge their embarrassing 2-1 loss to North Macedonia in March this ...