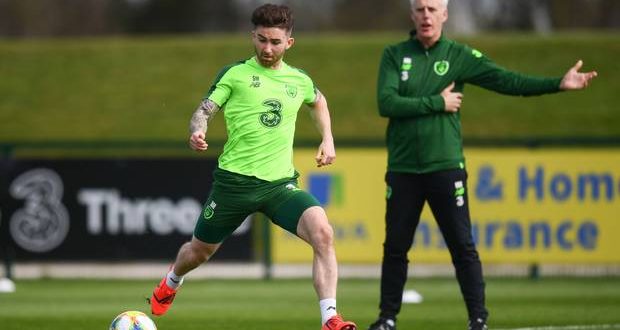 Denmark vs Republic of Ireland Preview

Denmark vs Republic of Ireland

Denmark will host the Republic of Ireland in this game hoping to return to winning ways after successive unimpressive draws against Kosovo and Switzerland.

The Danes have struggled post-World Cup with an off-field issue also plaguing the national team a while back.

They have needed a late equalizer against Kosovo and had to come from 3 goals down against Switzerland, so their fans will be hoping that they can turn things around with a better performance here.

Denmark’s Achilles heel seems to be their defence as they regularly struggle to keep teams at bay, conceding at almost every chance against them.  Denmark will have to do better but that should be a tough ask against the in-form Irishmen.

The Republic of Ireland have won their last two games as expected.  Even though both games against Gilbratar and Georgia ended with just a 1-0 score line, they come here in a better position than their host.

The Irishmen have not lost any of their last four games and that includes a draw against Denmark the last time both teams met so they would be hoping to at least repeat that performance here.

Bookmakers have priced Denmark up as strong odds-on favourites to come out on top in this game while the Republic of Ireland seem to have it all to do according to oddsmakers.

Struggling defending champions Liverpool will welcome Sean Dyches’ Burnley to Anfield this Thursday for their ...