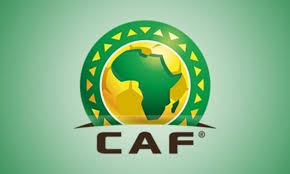 Nigeria will look to start their qualifying campaign for the next African Cup of Nations against Benin Republic with a win.

The former African Champions have played two friendlies before this game against Ukraine and Brazil.

They drew both games and those are impressive results against a side that has qualified for Euro 2020 ahead of Portugal and the Copa America champions.

With the likes of Victor Osimhen, Alex Iwobi and Joe Aribo on their side, Nigeria has some of the best players in Africa at the moment and they would want to prove that on the field of play here.

Benin Republic will look to get only their second win ever against Nigeria when both sides meet in this game.

They also played at the last Nations Cup where they were impressive and were eliminated by eventual finalists Senegal in the quarterfinals.

They have continued their impressive run of form with a 2-1 win over Ivory Coast and a 2-2 draw against Zambia in their last friendly games.

This game could be a close affair between neigbours but Nigeria should have the advantage on home soil.

Bookmakers have priced Nigeria up as strong odds-on favourites to come out on top in this game while Benin face an uphill task according to oddsmakers.