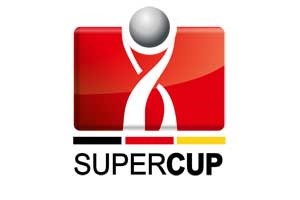 Bayern Munich and Borussia Dortmund will renew their rivalry very early in the season here.

This German Cup game really places two of Germany’s biggest teams together and it will be interesting to see which of them comes out on top.

In a strange turn of events, both of these teams lost their last league game ahead of this match.

After hitting Schalke 04 for 8-0 in their first Bundesliga game of the season, Bayern Munich were beaten 4-1 by Hoffenheim at the weekend.

Dortmund also suffered an upsetting 2-0 loss at Augsburg this weekend and both of these sides will come here looking for a win to get one over their fellow title challengers.

Dortmund has struggled when they face Bayern recently losing their last two head-to-head games against the European champions.

Lucien Favre’s side won the German Super Cup last season but they lost their two league games against their illustrious opponents.

Intriguingly, when these teams have met recently, only one side has scored. Their last four matches has ended with only the winning side scoring and Bayern has won three of those matches.